The Best Police Scanner Of 2021 For Home Use 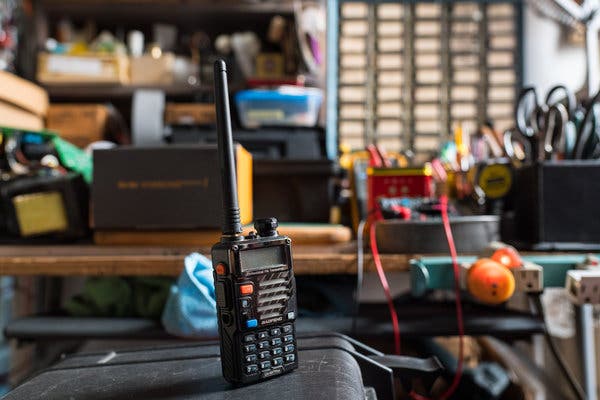 Whether you enjoy staying up to date with emergencies or keeping up with protests, police scanners help you stay up to date. These radio scanners are not limited to police officers and emergency workers but can benefit everyone.

The best police scanners are easy to set up and use. They provide clear audio quality on a broad range of frequencies and tell you about the emergencies in your area, the weather alerts around you, and the traffic and road conditions while you’re on the road.

We compiled a list of the best police scanners and features to consider when choosing them. Keep reading to get to know more. 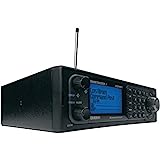 The Uniden BCD996P2 is ideal for the serious scanner hobbyist. The mobile scanner is capable of location-based scanning and can detect nearby radio transmissions. It can pick up both digital and analog signals; however, they are not pre-programmed, and the frequencies need to be inputted manually.

The process may seem too complex for a beginner; however, the mobile scanner is designed for serious hobbyists; hence if you are truly interested in mastering the hobby, you are bound to enjoy the learning curve. However, if it does end up proving to be too difficult, there's the option of looking for a scanner programming service online. These services connect you to an expert who can do the programming for you.

The BCD996P2 model comes equipped with Uniden exclusive features like Advanced Dynamic Memory System, Close Call RF Capture Technology, and GPS compatibility. It also includes support for digital systems, including the latest APCO Project 25 Phase II systems. The Uniden police scanner can detect certain close transmissions without programming; however, the range isn't always consistent, and the signals have to be very strong to be picked up.

The police scanner has sufficient memory to store up to 25,000 channels, along with number tags that enable you to quickly switch between frequencies without going through them one by one (or dialing them manually each time). You can assign number tags to service searches such as police, fire, and EMS signals or custom search ranges that you’ve created.

The Uniden police scanner includes other useful features such as National Oceanic and Atmospheric Administration (NOAA) alerts, a list of priority channels that you want to scan continuously while listening to other transmissions, a key lock to prevent unwanted modifications, 100 quick keys for your customized scanning parameters and alerts for specific channels with a different tone and volume patterns.

The Whistler TRX1 is a multi-system adaptive digital trunking scanner with Motorola P25 Phase I, X2-TDMA, Phase II, and DMR, which makes it capable of monitoring the following unencrypted channels/systems: Conventional DMR (Entered as a DMR trunked system, Hytera XPT, MotoTRBO Capacity Plus, MotoTRBO Connect Plus, and MotoTRBO Linked Cap Plus systems. The handheld scanner can also be used to monitor encrypted channels from agencies.

This handheld scanner is pre-programmed with access to a nationwide database of frequencies and can store up to 200 lists or groups of preferred frequencies. It can tune into AM, FM, and digital radio frequencies, allowing you to listen to the local police department, fire department, aircraft, Emergency Services (EMS), or other transmissions.

The police scanner features micro-SD card compatibility, which is quite different as not many models have this. The SD card provides extra storage depending on the amount you have. For example, if you have a 32 GB card, you have an extra 32 GB space. The police scanner comes with a 2GB card, which allows you to record up to 50 hours of audio.

Lastly, the handheld scanner allows you to set up custom alarms to notify you whenever a frequency becomes active. For example, the LED can display a flash of red and blue light (much like a police strobe light) whenever the police scanner picks up police frequencies. As for the alarm clock function, the scanner will turn on and starts scanning at a specific time each day. 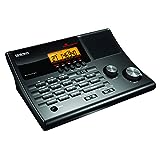 The Uniden BC365CRS is a 500 all-in-one police scanner that features an in-built alarm clock with snooze and sleep capabilities. You can also tune in to your favorite FM station through the AM/FM radio, get updates on the weather conditions, and be alerted when emergency/hazardous situations arise through the Weather Scan with Alert.

The police scanner includes 500 channels in 10 Banks, which lets you scan and search police and fire bands, as well as aircraft, amateur radio, and marine transmissions.

The reception depends somewhat on your geographic area and the type of transmissions you’re attempting to receive. Most users say they receive clear audio with police, fire, weather, and radio transmissions; however, this police scanner is a basic, analog, non-trunking scanner; thus, it may not be able to pick up transmissions from some agencies. It’s recommended to check the compatibility against the local agencies in your area. 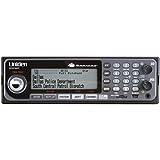 The Uniden’s BCD536HP digital police scanner is ideal for beginners and advanced users. It offers some of the easiest-to-program features available on a scanner. The Home Patrol Programming makes it easy to program as all you need to do is enter your zip code, and the scanner will automatically detect channels for police and fire departments, emergency medical services (EMS), and weather alerts within a 20- to 50-mile radius.

The model features a Wi-Fi option that allows you to use the exclusive Uniden siren app on your smartphone or tablet, allowing you to control it remotely. It also features an LCD backlit keypad which makes it easier to see and read when its dark.

The box includes home and auto power cords, a mounting bracket for inside the vehicle, and a Wi-Fi dongle and telescoping antenna. The Uniden scanner runs entirely off the car battery (or a power adapter).

The model's frequency database can be updated through a computer, and the scanner has a feature that discovers nearby frequencies that may not already be registered. If you want to install the scanner in a frequently used vehicle for travel, you'd need to link it to a GPS receiver like the Uniden GPS receiver (which is sold separately). The unit will adjust to local frequencies while you're on the move.

The police scanner comes with a 4GB microSD memory card (it can be upgraded to 32GB) which lets you record and replay transmissions. You can also store lists of your favorite frequencies, create custom searches (with specific ranges and transmissions you’d like the scanner to avoid), set up custom alerts for when the scanner detects activity, and scan based on service type (police, fire, medical emergencies etc.)

Police scanner apps have risen in popularity, with more people opting to download them instead of buying the physical police scanners. A police scanner app plays for you what departments have made publicly available hence there are usually no legal risks using them unless you're committing a crime while doing so.

In such a case, it could add to the offenses you're charged with depending on the state. Additionally, there are certain states where it's illegal to use the app while driving. One such state is Indiana.

5-0 Radio Police Scanner is one of the best-rated iOS police scanner apps and currently has a user rating of 4.6. It provides global coverage of Fire, EMS, Police, Military, and even Train and Aircraft feeds. Users can create their own custom feeds.

There's an international coverage provided whereby the police scanner app detects your location and can determine relevant feeds you’ll want to follow. You can also browse lists of broadcasts by country.

The app's user interface is pretty basic, but it lets you customize favorites and show police 10- codes. The app can also play HD music streams from internet radio stations around the world. However, this is only available in the paid version.

The police scanner app has a feature "Feeds with Active Alerts" system, which notifies users of key events within their feeds. This allows you to stay up to date and monitor your feed while the app is running in the background.

The app is currently on Apple Store.

Features To Consider When Buying The Best Police Scanner

a) Type of Police Scanner

There are different types of police scanners, and choosing one depends on your needs and interests.

Mobile police scanners are inserted into your vehicle, much like the radios that come standard in cars today.

They are small and easy to carry around. They can be clipped to your waist or even tossed into your glove compartment.

Some are designed to be mounted in your car, while others are made for home use. Base models have stronger antennas; hence they get better reception and are more powerful than handheld scanners.

Most larger cities have switched from analog to digital. It has better quality and signal response compared to analog.

Analog is used by the most basic, inexpensive, and common models of scanners available. These scanners are usually found in smaller towns and rural communities.

The type and number of frequencies that your scanner can pick up determine how many channels you can program and what type of information you can intercept. The following signal formats are common in scanners:

Originally, only 10 channels were available on devices. If 10 to 20 channels are enough, then you’re probably listening to only a few agencies in your local area. Currently, many handheld and desktop units offer many channels, with some devices providing 300 channels or even up to 500 channels.

Lists and banks give you the power to organize many channels. For example, you can customize and create and store different frequencies such as Police, Fire, and other local transmissions. This allows you to find the channels faster.

This is a great feature if you want more supervision over banks. If using a fixed memory scanner, the banks have the same size. This means that when all slots in the bank are filled, it removes the remaining slots. However, if your scanner model features a dynamic memory system, you can customize the bank sizes so that you can have room for smaller banks if you need them.

The best police scanners are better designed for crises. If you're looking for a police scanner or digital scanner to update the local weather or public safety transmissions during a disaster, consider the features like being automatically connected to a weather station like S.A.M.E.

Best Car Covers to Protect Your Vehicle for All Seasons

Best Work Gloves for Safe and Efficient Work in the Garage

The Best Tonneau Cover to Safeguard Your Pickup Truck Bed

The Best Motor Oil to Keep Your Engine Operating Smoothly