How Long Do Car Batteries Last? 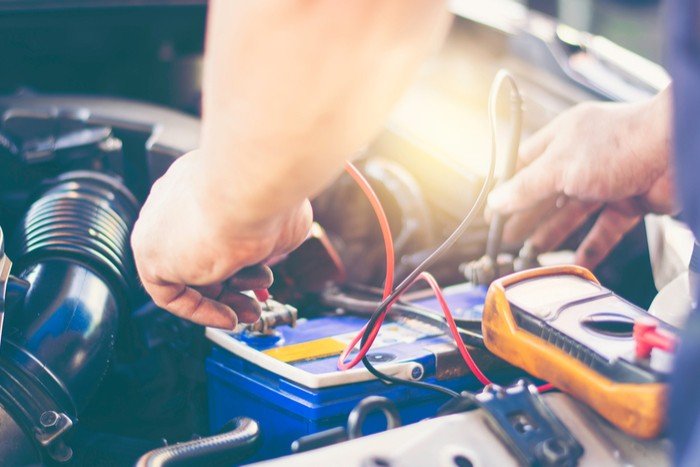 The car battery is one of those important parts that you hardly think about much until it begins to malfunction. You’ll know the pain of having a dead car when you accidentally leave the car’s lights on for a few days and drain your battery. The battery is an important part of your car and should be given the attention it deserves. It is also important to know its lifespan and be prepared to get a replacement when the time comes.

So how long do car batteries last? Unfortunately, batteries are like car brakes, which don’t have an exact timeframe for their lifetime. Their durability largely depends on the make, usage, and environmental factors. But there are some averages, so keep reading.

On average, a good car battery should ideally last between 3 and 5 years. However, there are several reasons that make you replace your car battery sooner. The kind of journey you normally take the car on may cause the battery to start showing signs of wear in just three years and probably become completely unusable in the fourth year. Why does the journey matter? The battery helps to start the engine when you turn the ignition key on. It empties itself at once and begins getting charged back again by the engine in a slow gradual process. So if you make frequent short journeys, emptying and recharging the battery at short intervals, the battery will definitely deteriorate faster and require a replacement sooner than that of a car that travels long distances.

There are other factors that contribute to battery wear.

Keep in mind that, regardless of usage, the lifespan of your car largely depends on usage and maintenance.

One good thing about older battery designs is that they normally gave you indications of imminent failure. You could easily tell signs of gradual battery failure such as frequent revving needs, dimming headlights, inability to start right away in cold weather, frequent jump starting, and unusual power fluctuations. Unfortunately, most new battery designs just fail abruptly without warning signs.

New battery designs don’t give you visible signs of potential failure. It is therefore important to pay close attention to any performance issue every time you start your car as it could be a problem with your car’s battery life.

Some tell-tale signs of a battery on its last days include the following:

If your car shows starting problems in the morning such as the engine failing to roll over fast on the first starting attempt on a day that’s not particularly cold, you could be having a battery problem. A dying battery gives the engine a struggling sound when starting up. Obviously, if the lights don’t turn on fully when you turn the ignition key on, then the battery could be weak or dying.

A low fluid level in your battery could be another sign of a weak or dying battery. Fluid level is one of the key indicators of a battery’s lifespan. If the fluid is not visible through the battery’s translucent case or can only be seen below the lead plates, then your battery is on the last leg of its life and it’s just a matter of time before it dies on you. Prepare for a replacement as soon as possible.

Should You Replace an Old but Functioning Battery?

As previously stated, the lifespan of a battery is between 3 and 5 years. It will give you excellent service with no signs of wear or problems through the third year especially if you don’t live in a region with a harsh climate and you have a long distance driving style. The battery can even last over 5 years without the need for a replacement. You don’t need to replace a fully functioning battery just because it’s in its fourth year but it may be wise to have it checked regularly by an experienced mechanic.

Has your car battery suddenly died on you in the middle of nowhere? We can help. We have tow truck services in 350 major cities across the US. Just pick your city and call us right now. We’ll be at your side in the shortest time possible

Best LED Shop Lights for a Garage and Workstation