How to Start a Car with a Dead Battery? 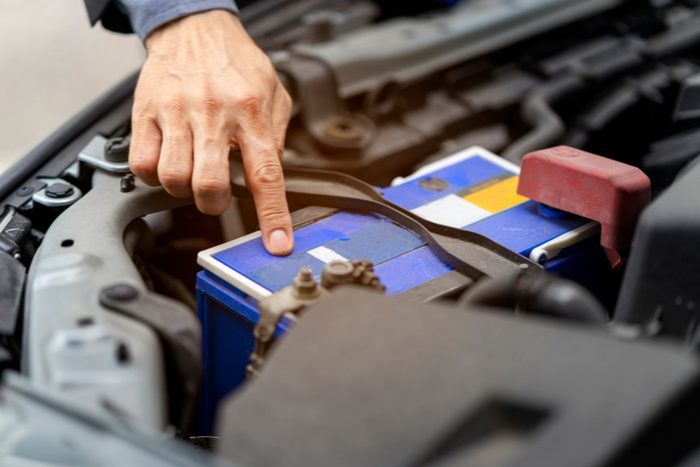 One of the most common issues that car owners are faced with is having a dead battery. What’s even more frustrating is that this tends to happen during those times when you least expect it. For instance, when you’re on your way to an important meeting, you head towards the driver’s seat in a rush only to find out that your car can’t start.

A dead battery is a common problem and it can happen to anyone. Whether it’s because your battery is already old or you left the lights turned on the whole day, there are many reasons why you could end up with a dead battery.

So if you find yourself in this situation, here’s what you should do.

You don’t actually need to use a lot of tools to jump your car’s battery. What you need to do first is to look for a reliable car that you can use to jump-start yours. Make sure that the owner of the car is comfortable with opening the hood. This is important so you can identify the battery as well as its terminals.

Then, you need to look for jumper cables. This cable is available in varying lengths, from 10 feet to as much as 20 feet.  Some car owners think that having a longer cable is a much better choice. However, although longer cables are more convenient, they may not have enough power because the longer the cable, the further the energy has to travel.

It should be noted that the gauge of the cable represents its strength. Thus, the lower the gauge and the thicker the cables, the stronger they will be. The standard size of jumper cables is gauge six.

Safety Should Be Your Priority

You must take into consideration all the safety risks involved before you perform any basic repair or maintenance, including jumping your car’s dead battery. Before you begin, make sure that there are no kids in the surroundings. They have to be far from the engine while you try to jump-start the battery. Take the time to read your car’s manual, especially the steps involved in changing the battery.

How to Jump a Car Battery

So here are the steps you should take to jump-start your car’s battery:

Park your car beside the car that’s working in a way that the two vehicles are facing each other. They should be at least 18 inches away from each other and not too close. If you’re using cars that run on an automatic transmission, put them in park mode. For those with a manual transmission, put the car on neutral. Make sure that the brakes are set on both so none of them will move unexpectedly.

Make sure that the engines of the two cars are switched off and keys are removed. The jumper cables must be placed on the ground while making sure that the cables are not touching each other.

Next, open the hood of your car and look for the battery. Usually, batteries come with two terminals, which are covered in either black or red and have a plus or minus sign right above. Take a look at the batteries and make sure you’re able to identify the positive and the negative. This is very important in successfully jump-starting the battery. Also, if you notice that the battery is dirty, wipe it off using a wire brush or rag.

Next, attach the red cable clamp to the dead battery’s terminal that has a positive sign. It’s very important that you establish a solid connection towards the terminal, which is why you may need to initially wiggle the clamps.

Grab the other red clamp of the jumper cable and attach it to the positive battery terminal of the battery of the car that’s working.

Head towards the dead car and attach the other black clamp into an unpainted metal portion of the car like the clean and shiny bolt or nut in the car’s engine block. This is to ensure safety when jump-starting.

Turn on the engine of the vehicle that’s working and wait for about a minute. Depending on the battery’s age and how long it’s been left dead, you may have to leave the car running for up to two minutes in order to get it to work.

Now turn on the engine of the dead car. It should work by now. If not, then wait for the working car to charge for a few minutes more and try to start it again.

Sometimes, revving up the working car’s engine as you charge the dead battery could help.

If the dead vehicle is already up and running, it’s time to disconnect the jumper cables. Start by removing the black jumper cables. Ensure that none of the clamps are touching each other while the cables are still attached to the vehicle.

Go on a short drive in order to allow for the battery to recharge. Doing this will give the car’s alternator a chance to charge the battery and ensure that your car’s battery won’t die again the next time you turn it off.

As you can see, starting a car with a dead battery should be easy. But if the steps above don’t work for you and you need a professional help. Good news is that we can help! Our towing company is ready to help 24/7!

How to Jump start a Car without Another Car?

How Much to Replace a Tire?

How Long Does It Take to Change a Tire?